Well if you were any type of SharePoint person you were probably glued to the Microsoft Webcasts detailing all the hush hush info we’ve speculated about for a while regarding Office 365 and SharePoint 2013. I was extremely happy to see the features they demo’d for us, and can’t wait to get my hands on them. I would have downloaded the preview and get it running yesterday but was just a bit too swamped. But I did get a little time to test it out on my Cloudshare environment today. I figured I’d download the SharePoint 2013 bits as well as http://technet.microsoft.com/en-us/evalcenter/hh973397 as well as get a little familiar with Windows Server 2012 RC. I spun up a new environment (Thanks Cloudshare) running Win2k12 and SQL 2012. Once my SP2013 files finished, I ran the pre-req’s. Rebooted at least 3 times due to some notices that a previous reboot did not complete. Of course this was my first experience with the new Server 8/2012 UI. And it took me a while to realize that you can’t just click the start/windows icon, and click reboot. I actually rebooted my server twice from the control panel VM interface before finally googling and realizing that the Shutdown and Reboot icons appear on the far right side of the screen, only if you move your cursor to the top right corner of the screen. Then select the icon that looks like a gear. From there you can click the power options. I’d heard from @EricaTolle that the thought behind this was to use keyboard shortcuts and the taskbar launchers. I’ll have to follow up what the actual shortcuts are that work in RDP.

Once I got that figured out I learned that if you want to open the programs, or the same as click the start button, you have to put your cursor on the bottom left pixel of the taskbar. And voila a little Metro looking start menu.

Anyways, I naturally chose to do a complete install of SharePoint 2013 and take advantage of SQL 2012 eval. Of course once the install finished and I tryied to run the PSCONFIG, and create the database connections using a local account SharePoint yelled at me about using a local acount instead of a domain account. Of course I didn’t use a Cloudshare template which I’m sure would already have the VM joined to a domain, but I used a basic windows 2012 template. Had a twitter user remind me that this isn’t new but was the same with 2010, not sure why I forgotten that. I guess I’d just gotten lazy. 🙂

Anyways, I don’t think I wanna join a domain for this first install, I just wanna play. So SharePoint 2013 uninstall number 1 here I come!

Category: IT, SharePoint by techrevmarrell 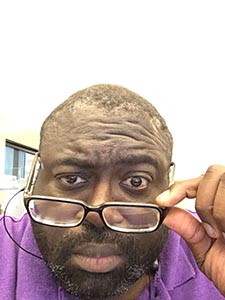